Berlins HC-Punk powerhouse THINNER is back with a new album and it‘s a total blast!

Influenced in the late 80ies and early 90ies THINNER combine the spirit of classic amercian punk with the punch of modern hardcore. They play around with various styles the hardcore sub-genre revealed in the last 30 years and mix it easily to an exciting high energy sound that formed their own musical character: fast, raw, dirty and melodic hardcore punk.

"You Don't Want Me" is a very personal reflection of the band members last 5 years. It deals with all issues of exclusion and rejection: divorce, job loss and the financial pressures that come with it, as well as the psychological consequences such as depression and anxiety. „YOU DON‘T WANT ME“ was recorded and engineered by Timo Höcke (Mantar, Blackdraft, Sixxxten) at Pitchback North, Hamburg in may 2020. Produced by Aljoscha Sieg (Nasty, Marathonmann, Any Given Day, Eskimo Callboy) and Seb Monzel (His Statue Falls, Mayfever) at Pitchback Studios, Cologne. 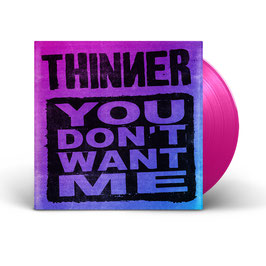 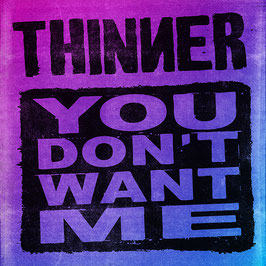